As is already widely known, usual anticancer drugs used for chemotherapy kills cancer cells but it also brings serious side effects to patients because it also destroys normal cells.

In contrast, anti-cancer methods and treatments which focus on stimulating and increasing the number of T-cells and NK cells that fight against cancer cells without harming the normal cells have recently gained more popularity due to the low side effects.

However, there are two problems in the process of culturing such cells. First, the incubation period takes at least one to two weeks, and the second is that there is a risk of infection by bacterias, mycoplasma during the culturing.

This has also been an issue in stem cell culture. Researchers at SRMC have been studying ways to increase the anticancer ability of blood-borne immune cells in the blood by bypassing the patient’s blood through a conduit into a laser device, rather than cultivating blood separately.

In this case, since it is a closed system, it is possible to prevent the risk of infection in an open system culture method, and it is advantageous that the treatment can be performed very quickly with a time of about 30 minutes.

SRMC says that the vast amount of data to blend laser wavelengths accumulated over the past decade and various techniques learned to chemically enhance this effect will be valuable resources to develop such technologies.

THE TECHNOLOGY OF BLENDING WAVELENGTH 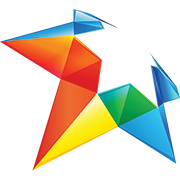 MIDIPLASTY: STATE OF THE ART BIOTECHNOLOGY